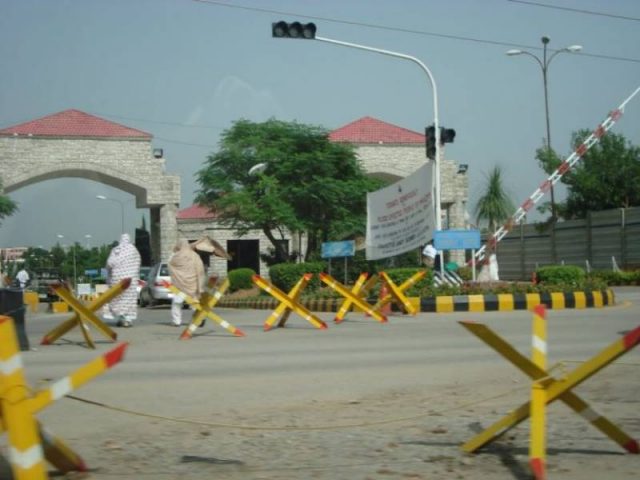 Muhammad Ibrahim, son of Air Vice Marshal Muhammad Athar Shams, was shot by a sentry at Naval Complex gate when the driver zoomed past Zafar Gate, E-8 instead of stopping for ID verification and inspection.

Ibrahim, an 8th grade student at Bahria College, accompanied by his younger brother, was on his way to school when the incident happened.

The driver had rushed through the entry gates towards Margalla Road – gates that could only be used by PN officers – and failed to stop the vehicle for verification due to which the naval guard, Hameed, opened fire on him.

The bullet hit the 14 year old in the spine and was immediately moved to Pakistan Air Force (PAF) hospital E-9. The doctors managed to remove the bullet from the body successfully, however, the boy is reported to be paralyzed waist down due to the surgery.

A formal investigation has been launched and CCTV footage from the nearest gates have been retrieved.

It is extremely saddening that a young boy had to go through all this. We pray that may God give Ibrahim’s family the patience to deal with this.