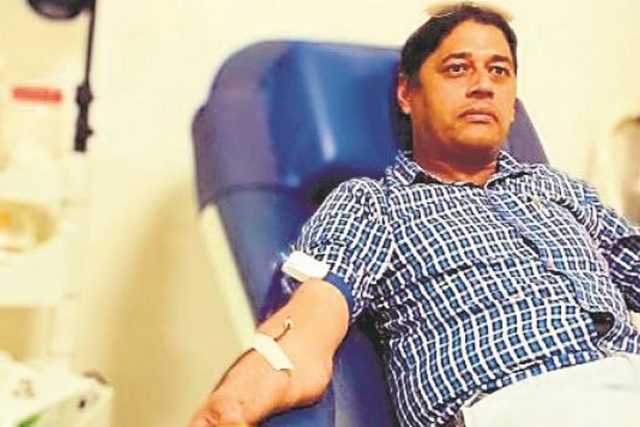 Via: The Logical Indian

We often hear of violence against muslims in India and at a time where tensions and secular oppression is at an all time high, the example of Aarif Khan donated blood to a fellow Hindu leprosy patient is a prime example of humanity reigniting hope. We believe it is important to highlight instances that show we are humans first, then people who follow different faiths. Aarif Khan received a message on Whatsapp for an urgent donation of A+ for a leprosy patient Ajay Bilawalam. Leprosy is a contagious disease that affects the skin, mucous membranes, and nerves, causing discoloration and lumps on the skin and, in severe cases, disfigurement and deformities. Leprosy is now mainly confined to tropical Africa and Asia. Due to the illness, Ajay’s platelets in his blood began to fall rapidly and to a dangerously low level, reported by media sources. Ajay is a A+ blood group. Upon witnessing his son’s deteriorating condition, his father posted a plea and pinned his hopes on the power of social media urging people to either donate blood or ask somebody willing to do so. In this instance, our hero Aarif came across the message and decided to donate blood.

Upon reaching the hospital, he tried to donate blood without eating anything but on the insistence of the doctors he decided to break his fast early and donate blood to help the young man get proper treatment and ultimately help in saving his life. The doctors at the hospital too had to convince him to eat something before donating, as they were concerned that a blood donation and a fast would prove to be injurious to his own health. Aarif ultimately relented and was then allowed to donate his blood. This small step that proves there are always two sides to a story. Where the news might show us divided there are stories like Aarif’s that display a different story. Media generally likes to highlight stories of fear, violence to keep the public in check and not allow hope to be reignited. But the story of Aarif proves them all wrong.