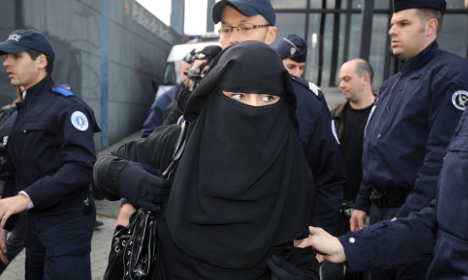 Denmark imposes a ban on Burqa, or any type of face veil in public. This law is to be implemented immediately, to restrict the burqa or niqab which is worn by some Muslims in Denmark.

Majority of members of parliament agreed on this clearing agreement that means the ban will be effective from August 1.

An Algerian businessman had said earlier in March that he would pay all the fines faced by women in Denmark who choose to wear full-face veils, after the Danish government on February 6 proposed a ban on full-face veils in public spaces. However, now that the law is in place, his declaration is being awaited.

While speaking in front of Danish parliament, Rasheed Nekkaz had said he had already paid 1,538 fines for women facing similar circumstances in six countries, including France, Belgium, Switzerland, the Netherlands, Austria, and Germany.

Nekkaz is known for paying the fines of women who wear full-face veils or burqas after the garments were banned in many European countries, including France, in 2010.

There are mixed opinions on this. Some people claim that the burqa ban is a must for the security purpose of the state. There have been several terrorist attacks in different parts of Europe over the last couple of years since European states accepted immigrants from Syria almost unconditionally.

Many religious speakers claim that burqa is not mandatory for Muslim women, but there are conflicting views on this. Muslims are in great number all over the world, and the concept of veil is different all over the world.

Let’s just hope there are no negative implications about this for the Muslims in Europe, and every citizen of Denmark takes this legislature in a civil manner without having any reservations for the authorities or a particular group of the society.

Islam, and most of other religions teach tolerance, pluralism and togetherness. Let’s hope the grace of equality, respect and dignity remains among the people of Denmark under this law. Practicing religion with complete freedom is a basic human right, however it should not be at the cost of the security of another. But then again, this is a debate for another day.