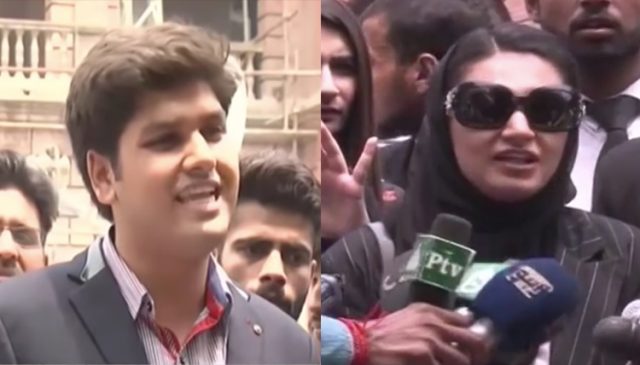 Khadija Siddiqui, a 21-year-old law student in Lahore, was savagely stabbed 23 times in broad daylight on a busy road in May 2016. The attacker, Shah Hussain, was found guilty in 2017, and was served a seven-year sentence on July 29, 2017, for attempted murder, but he was subsequently acquitted by Lahore’s High Court on June 4, 2018, by Justice Sardar Ahmed Naeem, in a session only fifteen minutes long.

In this video, not once did he say that he DID NOT stab Khadija, He is just trying to convince the media that Khadija was desperate to marry him. He also claimed that he was pressurized to do so by the families involved. In this desperate attempt, he wanted media to give his point of view as well to the viewers as well. He claims that there is a propaganda against him created by Khadija Siddiqi as he rejected her proposal.