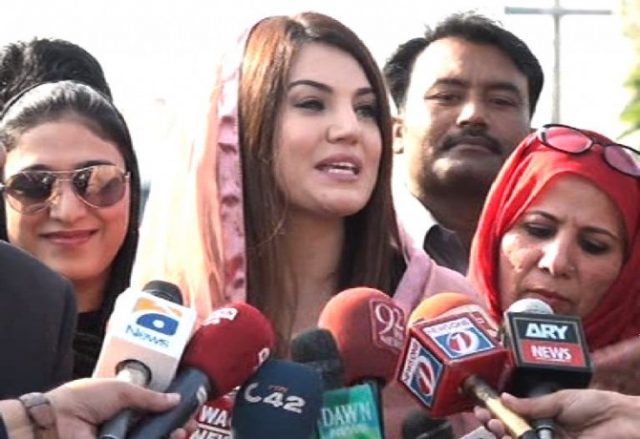 The outrageous content of the book aside, that is not what we’re here to talk about today. We get it, the book is absurd to its very core.

However, we believe that the main reason that Reham Khan’s book reaching its popularity today is because of all the attention it is getting from the media of Pakistan. One of the reasons why this nation is where it is, is because the people of this nation DON’T READ BOOKS.

It doesn’t matter what she writes in her book, nobody would have known of its existence had it not been media to give her so much attention, which she clearly does not deserve.

Now that people know of it, out of all the absurdity, NOW people are willing to read it and waste their time. The media should act responsibly when it comes to national matters like this, and make sure it doesn’t give hype to insignificant stuff like Reham Khan’s books.

It is sad to know that the major problems and inclinations that the developed states have, and then compare them to all the problems Pakistan still has itself tangled up in in 2018, is simply disappointing.

Where is all the media when it comes to human rights? Is it really this short of a memory the media has? The so-called investigative journalism is not even doing half of its job to bring the perpetrator of Khadija Siddiqi to justice. Why is that? Is it because Shah Hussain is son of Tanvir Hashmi? Or is it because the media has a gold-fish memory? Or maybe it is the consumer of the media that has a gold-fish memory and forgets a critical matter in less than a week?

The media of Pakistan, has been more bold with time but it still needs to do a lot more and invest its energies in the right direction. Media has been called the 4th estate of the state, standing right next to Judiciary, Executive pillar and the Legislative pillar. With great power comes great responsibility, and Media should definitely not be investing the prime time on TV for something as insignificant as Reham Khan’s book.

I hope for one day, when the population of Pakistan would come out of such pity issues and realize the true problems of Pakistan. Not investing our energies in the right direction is one of the reasons why we are where we are, and this is certainly not the future we imagine for Pakistan. Like Jim Morrison famously said: