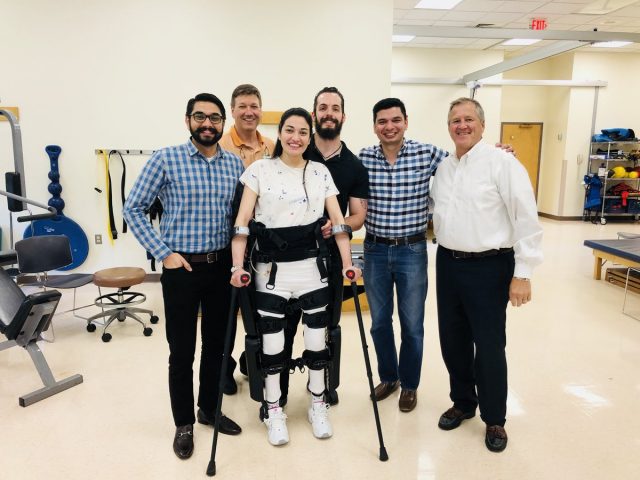 Rights activist, painter and TV host Muniba Mazari posted pictures of her standing with the help of robotics on Twitter and Instagram. In the pictures, Mazari seems happy while “standing tall” and called it a “big day” as it is the first time in 10 years that Mazari could stand strong. With the help of science and technology, and having a supportive group of friends and family around her, she could manage to stand on her own once again which is a great news for not just her fans, but humanity in general. Mazari on her social media accounts wrote: “Big Day for us siblings! Zulfiqar_Mazari Sarfraz Mazari #Standingtall after 10 years!  ReWalk Robotics Thank you so much for making this happen!”.

This happened with the help of the organisation ReWalk Robotics and as per their Facebook page, ”ReWalk Robotics’ mission is to fundamentally change the Quality of Life for individuals with lower limb disability through the creation and development of market leading robotic technologies.” In 2007, Mazari met a car accident in which she sustained multiple injuries including spinal cord which left her paraplegic. Muniba Mazari is known as the Iron-Lady and True Face of Pakistan. She is a role model and source of inspiration for all of us. She has taught us that limitations are just an illusion in our minds and nothing in this world can stop you from achieving your goals.