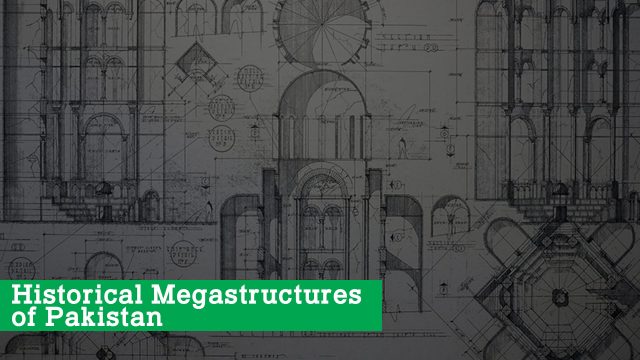 Mohatta Palace is located in Karachi and was originally built to serve as the summer house of Shivratan Chandraratan Mohatta, a Hindu Marwari businessman. Located in what is now known as Clifton, the palace used to stand tall as the ocean would creep up during the summers. The structure is built from yellow stone from Jodhpur and the local pink stone from Gizri. This incredible structure houses various rooms and is an amalgamation of the incredible architecture that the subcontinent has been renowned for.

Mohatta Palace is an elaborate building that pays homage to the era of intricate detailed work with intricate details which are present in almost every portion of this magnificent building. Carving, peacock motifs are found on every corner of the building’s stonework along with floral motifs such as Marigolds and Hibiscus. The octagonal pillars give the building a distinctly unique identity that sets it apart from it counterparts. Soon after partition, it was designated as the center place for Ministry of Foreign Affairs until 1964, when Fatima Jinnah made it her residence. The Mohatta Palace would serve as her headquarter for election campaign against Ayub Khan. Till her untimely death the palace used to be known as “Qasar-e-Fatima”. After Fatima Jinnah’s death, her sister Shereen Fatima occupied the ground floor for many year until her death in 1980 whereupon the building was sealed off.

In 1995, the Sindh Government took over the palace as a means to convert it into a museum dedicated to showcasing the artistic and cultural heritage of Pakistan. After several years of deliberation the building was finally opened again in 1999 to serve as a public museum.

Perhaps one of the most visited and recognizable landmarks that pays tribute to the Mughal cultural and historical significance is this landmark from Lahore. Built in 1673 by Emperor Aurangzeb in his tenure of fanatical religiosity, the landmark has well served to attract large crowds of both local and foreign visitors due to its expansive courtyard, distinctive red brick that has a unique cooling effect, and the four towering “Minars”. But perhaps, the most controversial reason it is famous for is its location as it lies just adjacent to the “Heera Mandi”, an ancient residential colony of courtesans, musicians and artists that Aurangzeb in his time had ostracized tirelessly. A sikh temple, housing the remains of the Sikh ruler Ranjit Singh is also constructed in it’s vicinity which gives the mosque an interesting contrast with its small and pearly white construction.

Being the second largest mosque of Pakistan, it has a housing capacity of over 56,000 people. From army headquarters, to stable for horses as well as storage for ammunition and guns during wars pre partition, the mosque has seen its fair share of a colorful and eclectic crowd. After partition however, the mosque was officially handed over to the Muslim community and re-established as a praying area. The mosque provides an intimidating yet peaceful feel with its towering minarets, intricately carved archways, and the imposing red sand stone.

Directly opposite the entrance of the Badshahi Mosque, across the Hazuri Bagh, lies the monolith of Mughal splendor and strength. Spanning a massive 20 hectares (that’s the size of almost 20 football fields) it houses one of the most artistic and culturally important history of the Mughal time. The forts original constructing is contestable, since there is no evidence to date when it was built. A coin dating from the time of Mahmud Ghaznavi from the many lawns suggests that the fort was occupied by people previous to Akbar making it a popular destination. It houses 12 must see attractions that made UNESCO declare it a “World Heritage Site”.

The fort, though obvious in its name for what it was used for still has multiple usages. From keeping armies, to giant gardens, to summer houses and courtyards for dancing, the expansive structure was a all in one for Akbar and the following rulers to come. However, the forts history has been a bloody tale, with excavations unearthing evidence of previous inhabitants. There are also inconsistencies in the overall structure and lawns to which archeologists suggest the fort had been there since a long time. After Aurangzeb, the last of the significant Mughal rulers, the fort became a battle field among Sikh, Marathas and other parties eventually falling into the hands of Ranjit Singh.

Shalimar Gardens, is a Mughal era garden complex designed after Kashmir’s unique “terrace” style landscape as well as the Timurid gardens that were built in Iran and Central Asia in the 14th century. The gardens were built at the apex of Mughal power and creative prowess in the time of Emperor Shah Jehan in 1964. The garden spills over a area of 16 hectares with five different levels.

The Shalimar garden were generally used by the Emperor to entertain guests. The land had to be acquired by the local Arain Mian family of Baghanpura and was built under the supervision of one of the noblemen from Shah Jehan’s court. The Arain family handed over Ishaq Pura, for the garden to be materialized in return the administration and running of the gardens were handed over to the Arain Mian family and has been in their possession since 350 years.

The garden is representation of heaven on earth but also symbolizes a poetic connection of man and nature living together in harmony. The expansive garden had to be laboriously constructed to mimic waterfalls of Kashmir and is regarded as an engineering marvel. Along with Lahore fort, these gardens also carry the title of “World Heritage Site” by UNESCO. The intricate canal works, coupled with the marble inlays with carvings are a delight to look at and as a result the gardens are relatively cooler than the rest of city where temperatures can peak to almost 49 degrees. The garden also has a total of 410 fountains and an ecosystem of trees that bear fruit such as oranges, mangoes, apricots and many more.

Perhaps the most influential colleges of Pakistan, the Islamia College is the centerstone for the Pakistan movement and has had the future leaders of Pakistan grace it’s halls. Built on a personal initiative by Sir S.A Qayyum and Sir George Ross-Kepel, the college was a direct contemporary of the Aligarh Institute.

In 1901, after N.W.F.P (currently known as KP) was annexed from the Punjab, many of the youth found themselves travelling far and wide for quality higher education. With an idea for a college already in their mind, a trip to Aligarh convinced Sir Qayyum and George to build not only an outstanding educational institute but also a place that could cultivate leaders. Thus in a meeting with likeminded peers, the idea was brought forth and an immediate fund raising campaign was initiated. The people who were part of the meeting were the first donators. Mir Rahim Shah Kakakhel donated not only cash but also promised to build the hostel building which stands to this day with the name “Rahim Shah” ward. Nawab of Dir furnished a cash of 5 Lakh rupees as well as 400 trees. Other notable clans of NWFP such as the Afridi’s were also the fore runners in making the realization of the college a reality. The Islamia College Peshawar was so monumental in making the next generation of leaders that Muhammad Ali Jinnah visited the college 3 times and also bequeathed a generous portion of land in his last will.