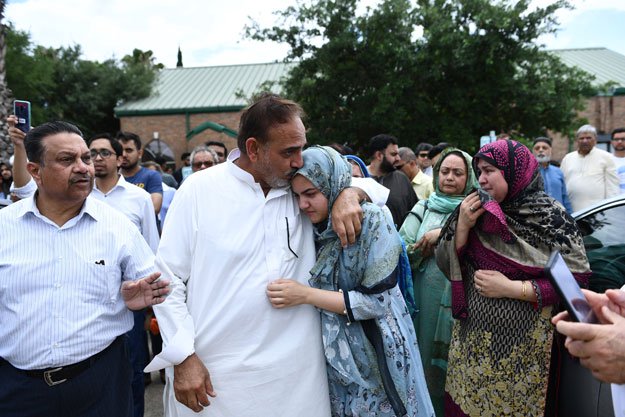 Sabika Sheikh, an exchange student from Pakistan studying in the US through a program funded by the State Department was killed in a school shooting at Santa Fe, Texas on Friday, 18th May.

With less than a month until going home to her friends and family, Sabika Sheikh, a YES exchange student from Pakistan, was killed in the #SantaFeHighSchool shooting. If this had happened to me when I was on YES in Jordan it would be “terrorism”-why is it different when it’s here pic.twitter.com/CeozGAVSRN

Houston’s Muslim community gathered at an Islamic Center in Texas to honour the 17 year old killed in a mass shooting.

The young woman, with a bright future ahead of herself, was described by her family as an excellent student who had dreamed of working for Pakistan’s Foreign Affairs Ministry later in her life. She was due to return to Karachi just in time for Eid Ul Fitr after spending the holy month of Ramadan in the United States.

Mayor of Houston, Sylvester Turner, tweeted, “She’s a child of the Sheikh family but she is also one of our children, including all who lost their lives.”

She’s a child of the Sheikh family but she is also one of our children, including all who lost their lives. pic.twitter.com/ILP8jj5feu

Congressman AL Green presented the US flag as a mark of honor for Sabika and her family from the US House of Representatives.

Tributes poured in from @SylvesterTurner @JacksonLeeTX18 @RepAlGreen
From Mayor Stafford and Jason family hosts of Sabika in Santa Fe pic.twitter.com/o3CnqY3kBZ

Even through her death, she will be a diplomat bringing together people. She was one of our children as well as all the other children who lost their lives in the #SantaFeHighSchool shooting.-@SylvesterTurner pic.twitter.com/eLjxlNZIh2

The body was originally slated for arrival in Karachi early Tuesday morning via a foreign airline, but bad weather conditions have forced a delay of two hours at the Houston airport. 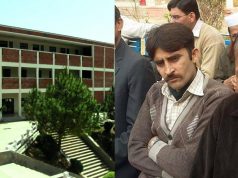