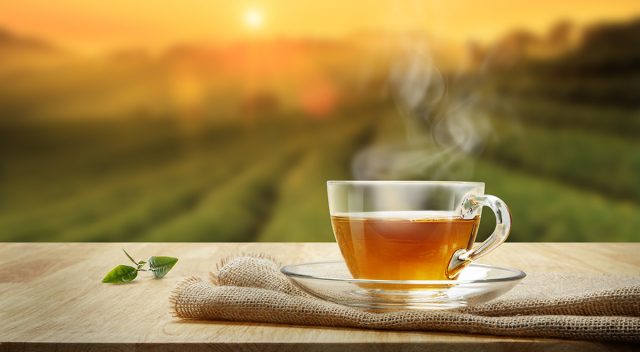 Dip it, swirl it, sip it. There are many ways to drink tea but did you know that there are also many varieties of tea as well? Tea or Chai as its commonly known in our region is a staple in everyone’s life from the young to the old.

But it turns out that it’s not something unique to our region as a lot of other countries around the world enjoy the same beverage but in a different style. Let’s have a look at 22 different types of tea that are popular around the world! Matcha is a very fine powder with a green color to it. In Japan, it is more of a ceremonial type of tea and the event centers on the preparation, serving, and drinking of matcha. Indian tea known for its medicinal purpose other than just daily consumption. Concoctions like the Indian Masala Chai is very popular which includes strong black Indian tea with spices such as cinnamon, nutmeg, cloves and ginger. Britain is perhaps the most popular destination after the South East where drinking tea is so popular. While it is usually served with milk, it is not uncommon to drink it black or with lemon, with sugar being a popular addition. The tradition of tea is so well liked that even very slightly formal events can be a cause for tea making. British folk however prefer to use cups and saucers instead of mugs. Turkish tea, called çay, from where we get the popular term “cawa” is pure black tea which the addition of milk. Tea is staple drink and is served everywhere and for most meals. Despite it being made from black tea, the color itself is a deep crimson that is served with two tiny sugar cubes in a tulip-shaped glass on a saucer and a little spoon to stir. Po Cha is Tibet’s national drink and is a made from…wait for it…Butter! The mixture is made from churning tea, salt, and yak butter. The tea itself that is used is considered very very strong and is acquired from Pemagul. The taste however is very different. Some describe it as salty and rancid. One certainly has to develop drink, with its salty, oily and sometimes rancid flavor, which makes it an acquired taste, is the national beverage. Morocco’s national drink, the Moroccan Mint tea, is a highly celebrated affair. The process of making the tea, locally known as Atai, is usually done infront of guests. The taste is so unique and refreshing, it is one of the most popular tourist attractions for the country. Hong Kong tea is often also referred to as “Pantyhose Tea” owing to the long cylindrical containers it is usually served it. The method of using evaporation and condensed milk gives it a creamy, foamy texture and when served in a tall glass it resembles a ladies’ pantyhose. Talk about a tall glass of refreshing sweet tea. Taiwan holds the origin for the “Oolong” tea, which is highly regarded as the champions of tea. By some tea enthusiasts it is also called the “Champagne” of tea. The mixture of fine herbs and leafs, leave a faint and tingling taste on the tongue. Tea in Kuwait does not bear any distinctive features other than it is a must have with every meal with flavors that include Saffron and mint. Its presentation resembles a lot with the Turkish tea. Who knew that a frigid, cold country would turn to tea to get warm. Russia has had quite a history with tea making given the temperatures that usually hit the country. Despite that it is a cosy affair usually served with desserts. Our milky, sugary concoction is a must have for our daily kickstart. From fancy hotels to roadside “Dhabbas” tea is served with the same fervor. It is the conversation starter for many and includes variations based on the amount of tea and sugar. Truck drivers, laborers and other low income class people hail tea as their daily motivation. Heck, we even have a famous #ChaiWala now. Thai iced tea or cha-yen (literally “cold tea”) is made from strongly brewed Ceylon tea, mixed with condensed milk and sugar and then topped with evaporated milk. When sold from market stalls in Thailand, the drink is poured over crushed ice in a clear plastic bag or tall plastic cups. In addition to being a drink, Chinese tea is used in traditional Chinese medicine and cuisine. According to popular legend, tea was discovered by Chinese Emperor Shennong when a leaf from a nearby shrub fell into water the emperor was boiling. Karkadeh tea is Egypt’s national drink. Egyptians are well-known for being big tea drinkers. The tea itself is a sweet-sour drink of bright red color, made of dried Sudanese rose flower bracts. You can drink it both hot and cold. Much like the country itself, the tea prepared also utilizes more harsher parts of the plant. But the overall taste and texture of the tea is not undesirable. Its soft, milky finish that is often accompanied with sugar is a regular drink at meals. It is usually served in a shallow round pot made of metal. Kenya is one of the leading exporters of tea and as such prepare one of the finest teas. They produce a strong concoction of black tea. Tea enthusiasts prefer the Kenyan blend for it copper color and perky aftertaste. South Africa’s native plant, Rooibos, is used to make tea in South Africa. The plant is native to South Africa and releases a vivid red color. It is prepared the same way as black tea with milk and sugar as additives. However, sugar can sometimes be replaced with honey as well. The tea is Qatar is known as “Karak” meaning strong. The tea gets this characteristic from an extra step of preparation by boiling the tea leafs twice to release a stronger flavor. It is accompanied by milk and sugar. Tea drinking in Mauritania comes with its own special tradition. The tea is served 3 times, and tastes from bitter to sweet. Each time a cup is finished a brew is freshly prepared from scratch which includes mint as well. Talk about hospitality! “Teh Tarik” literally means “Pulled Tea”. The tea holds a special place in the heart of Southeast Malaysians. It is made usually evaporated milk or condensed milk and leaves behind a frothy, bubbly mixture. “Yerba Mate” is a vitamin infused herbal tea that is shared in a group. It is passed around for everyone to drink which makes it quite a special affair. The taste however is somewhat earthy, and bland and is not suitable for the average tea drinker. Iced Tea is usually prepared with teabags or instant mix powders. It hosts a variety of flavors and finishes which makes it quite a common table item on meals. This is why its commonly referred to as “table wine of the south”.