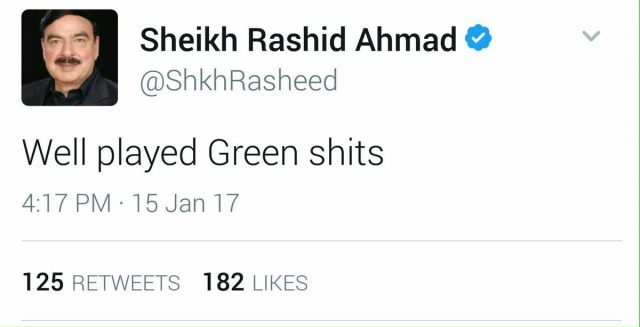 If you’re a Pakistani, you exactly know why Sheikh Rasheed is admired(for various reasons) in Pakistan.

B. He’s so badass

E. All of the above

Here’s why he’s such a daddy cool/ presenting some of his viral on the internet memes!

That sounds like something he would actually say heuheuheuheu This guy is a winner for describing Shaikhoo so well James Bond who? We only Sheikh Bond! There’s no one as cool as Sheikh Sahab. He’s fearless and badass. Wayy before anyone else That’s true though! He has set the bar way too high for anyone else Raja Pindi before anyone else! When you love yourself more than anybody else. Hint: Look at his matchbox