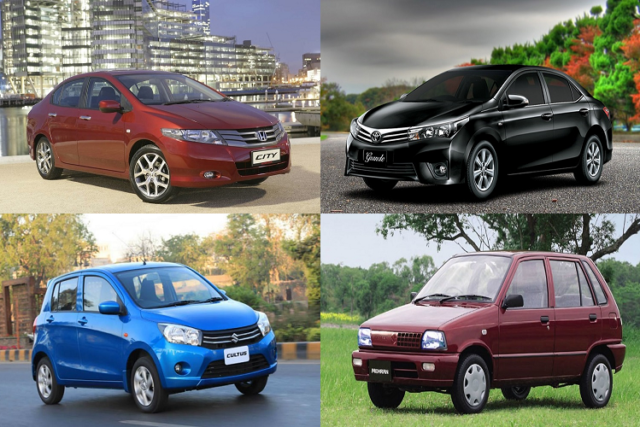 The automobile industry in Pakistan seems to be growing very rapidly. Last year, the established players in the market, namely Toyota, Suzuki, and Honda, continued to dominate the automobile market in Pakistan. A massive increase in the car sales was noted last year and this year and many big manufacturers saw high profits. This year, the trend is likely to continue and according to experts, Pakistan’s automobile market can see a growth of 15% to 20%. Also, many new manufacturers are expected to enter the market and give tough competition to the existing players.

Here are the ten highest selling cars in the year 2016 in Pakistan. It should be noted that during the recent years, many imported refurbished cars like Vitz have made quite an impact on the market, and the figures of these cars are not included in the above list. The above list only contains the locally manufactured vehicles. With the arrival of new car manufacturers in Pakistan, we can expect the overall quality of vehicles increasing in the coming years, and who knows we might just see Audi or Hyundai vehicles on this list in the coming years.